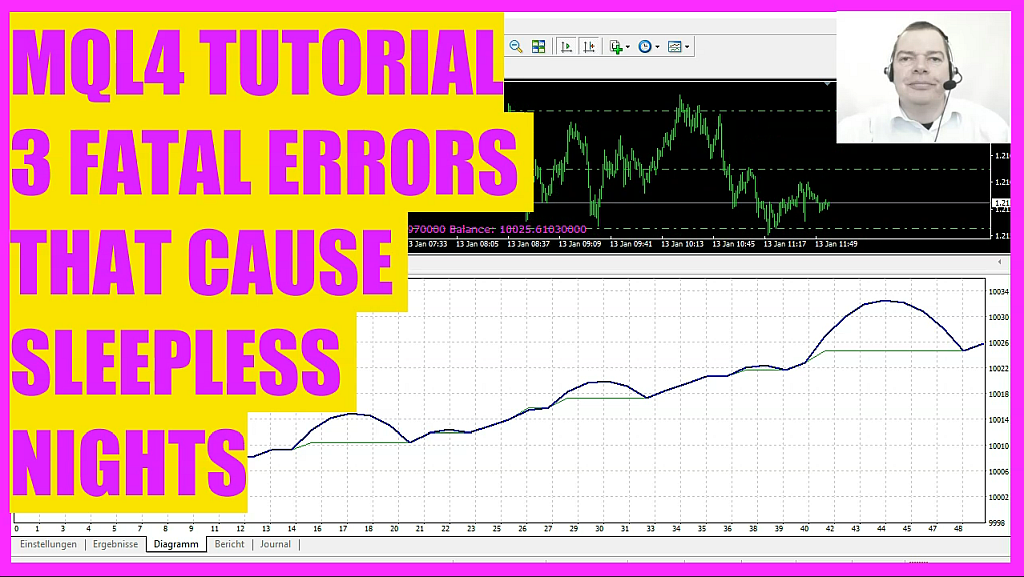 In this video we will take a look at how to tackle one of the biggest problems in trading. And that is the dilemma of how to act when the signal reverses. After all, many traders believe that the moment a signal reverses is the right time to close all open positions and open a new position in the opposite direction. In fact, there are strategies based on this idea, but you don’t necessarily have to do it this way. This is the new Platinum System.

The current version here in the video is a reverse engineered version from MQL5 to MQL4. And it’s based on the opposite principle, which is the idea that a position that’s opened has only one purpose, and that’s to make a profit. And that’s why in this case we don’t close the position when the signal reverses. In fact, the entry is not the most important thing in a trading system. Of course, you need a defined entry and without an entry we would not be able to define clear rules. But the entry point does not necessarily always have to lead in the right direction in order to create a profitable system. The problem with this is that in phases like now, when you see a whole lot of open positions, you always get the question: should I close my position now?

Is the loss too big or should I continue? Here in the example we are just with a 10,000 € account and the value for the equity has fallen below 9900 €. This maybe goes much deeper in a longer drawdown. And the longer such a situation lasts, the more uncertain we become as traders and ask ourselves the question: How should I react now? Should I realize the loss or should I hope that everything will turn around? In the last week alone I have been asked this question twice and therefore I would like to present my idea. And that is simply to test until you are sure how you want to behave in a specific case. In a soccer game there are lines, there are referees and there are goals. A soccer game usually lasts 90 minutes.

And the team that has scored the most valid goals at the end of the period is the winner. Such rules are simply necessary so that you can even determine whether a result looks good or bad and whether you want to continue or not. After all, you will rarely see in a soccer match that the players leave the field after conceding three goals because, after all, the whole thing is no longer worthwhile. So if you feel in trading that your results just don’t match what you thought they would, it’s usually due to a few simple things.

Problem number 1: You haven’t defined any rules. That means you show up to a soccer game in field hockey gear and with a tennis racket.

Problem number 2: Your account is too big. The moment you start to question whether your account will survive the next night and you can’t sleep because of it, it’s pretty certain that your account size is too high to let you continue to sleep well in the future.

Problem number 3: You depend on making profits. If you already have a clear idea in your head of what should happen next now, the opposite will almost certainly happen.

But for all of these problems, there is also a corresponding solution. And this solution can sometimes look like simply waiting long enough. In the meantime, our system has already reached February and little has changed in the situation. This can look much worse in real time and be much more emotionally stressful than you have here in such a strategy test. And that’s exactly why it’s important to use such strategy tests extensively beforehand, in order to know how to behave afterwards in the real situation. Because this is exactly where I am right now with my Platinum System. The Euro US Dollar has changed direction.

We have a small drawdown and now you have to ask yourself the question: Do I still want to trade this system next week, next month and next year? The only way to answer that satisfactorily for me is to do sufficient testing and define rules before I get into the situation. Because only then can I act according to my rules in the corresponding situation. Okay, that’s it for today. Thanks for watching and see you in the next video.