MQL4 Tutorial – How to get more advanced live trading statistics 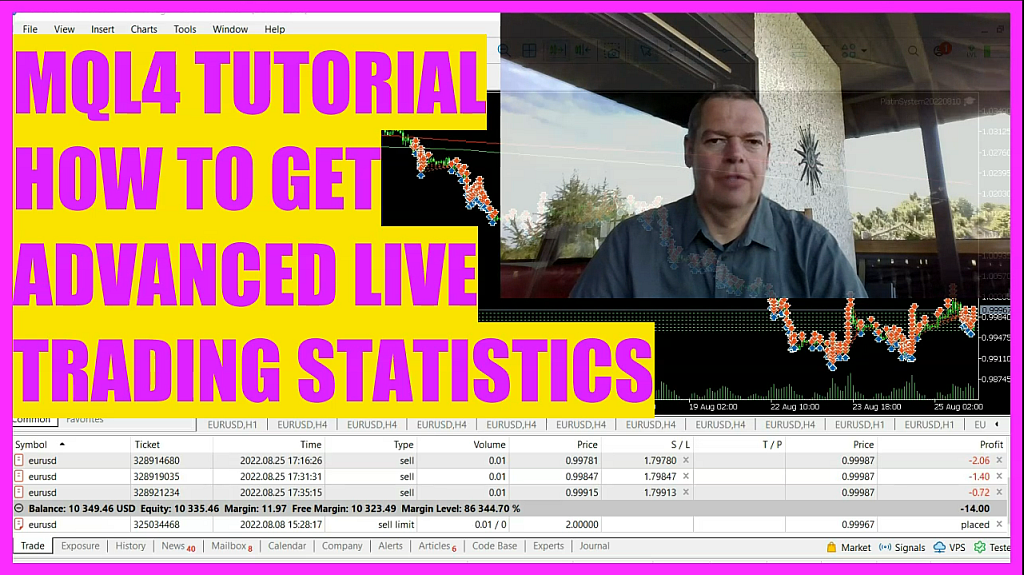 You can now evaluate and dissect every component of the new $1,000 Platin Group System because I published the statistics on the Platinsystem.org website. Our initial Platin System trading account has been active for a few weeks at this point. We have already surpassed the 3% profit mark and are getting close to the $350 profit threshold. I currently have three streaming servers running that automatically live-trade the $1,000 Platin Group System on Youtube for three distinct accounts thanks to a suggestion from a member called Rafael from Brazil. You may find them on my MQL4 Tutorial, MQL5 Tutorial, and Algorithmic Trading System.com YouTube channels. Recently, I discovered a flaw in the system that resulted in a problem when I changed anything in the source code.

The system was unable to handle positions that had been opened before it was resumed during live operation, which was the cause. That only shows up when you are trading live because it is not taking place when you are testing your strategies. And for this reason, it’s crucial to not just rely on the outcomes of strategy tests. So until a system is ready to enter beta stage, I typically do strategy tests on demo accounts.

The system then is used on a real money account in normal operation using so-called Cent accounts, which I like. And once everything is operating as it should, scaling up an account is never an issue, as I frequently tell my clients. But I go about it differently this time. And the reason is because one of the premium course participants came up with a system that he wanted me to look into since he believed the positive outcomes were due to a special entry. I didn’t think that, so I modified the entrance signal to test if the outcomes would still be favorable. And what happened? That being the case,

I disassembled the entire system and began to develop my own adaptation of the strategy. The Platin System’s initial Alpha version was completed about 3 months later, and as of this writing, three systems are now in the beta stage. Since you can review the data on Platinsystem.org, you can decide if this is something you might want to trade after looking at the specifics. You can view specifics about each trade by clicking on the statistics sheet. Additionally, the system typically experiences very few drawdowns, and the typical trade lasts only a few hours. If you are already a member of the Premium Course, please let me know what you think of the current setup. I intend to give those members who have what it takes to succeed an upgrade.

On the website, you may still sign up to join a premium course if you want to. Although I have to admit that it is an expensive solution because it includes consulting and a few things that I have never offered before, I have taken the sales page for the RobotTradingSystem offline to devote that time to the new Platinum group, which might be interesting for some existing members. Collaboration is important, so Rafael, if you watch this video and are interested in joining the Platin Group, I have a discount code for you. I’m still looking for the initial email and attachment that started it all in the spring so I can thank the premium member who helped me to get the idea. However, I wanted you to be able to look at the embedded statistics on PlatinSystem.org since I believe you will get some useful new information. I look forward to your response, see you in the upcoming video.